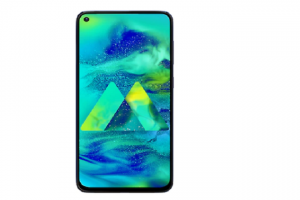 As per a report by Sammobile, Samsung has made its Galaxy M40 smartphone get Android 10 update in India. It has started to roll out OneUI 2.0, which is based on Android 10.

The report added that the update comes with version number M405FDDU2BTB5 for Galaxy M40. It is 1.741MB and will also bring the March 2020 security patch to the smartphone. It can be downloaded by going to the settings option, then clicking on software update and then the download and install option. This update will also bring the Digital wellbeing

The company has priced the Galaxy M40 at Rs 15,999 and sells it in midnight blue and seawater blue colours. It comes with a 16 cm (6.3-inch) full HD+ Infinity-O display with 1080 x 2340 pixels resolution. It features a rear-facing fingerprint sensor and is backed by a 3,500mAh battery with 15W fast charging.

Realme Starts Retailing U1 Smartphone Via Offline Channel in India