“Launching stores in Mukherjee Nagar and Gurugram on the auspicious occasion of Diwali gave us extreme happiness as it was a gift from our side to all our potential customers. While the services and facilities provided by the local phone repair shops cannot be banked upon when it comes to security and service warranty, Phixman’s team has experienced and security cleared engineers, equipment and procedures, and Phixman also guarantee every repair for three months, ”shared Shaad Rehman, co founder, Phixman.

Interestingly, Cashify also operates door-to-door smartphone services in India. As a matter of fact, Cashify had recently raised $12 million in Series C round of funding. 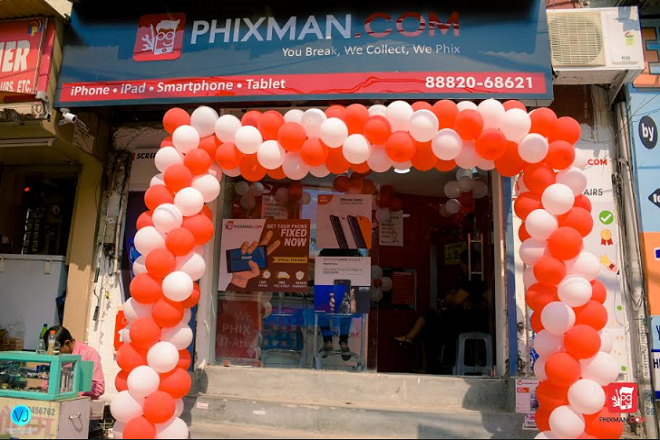 The company has also announced offers centered around Diwali season here. Phixman said it will be offering up to 30 per cent discount on its smartphone and laptop repair services at its stores.

“We are also giving 30 per cent discount on all our services and every kind of repair. The kind of services our start-up Phixman provides is far better than our local competitors in terms of quality, prices and facilities,” added Shaad Rehman.

Phixman, as per the company spokesperson, is also trying to raise fundind to further expand its operations in India and in other countries. Company’s official statement read, “Phixman has extensive expansion plans and intends to launch 300 stores PAN India. Taking this further, P To penetrate further, the company is looking to raise funding in the near future.”

It continued, “In the month of July Phixman is launching its third store in Hyderabad, first store in Suryapet, second store in Nagpur and Coimbatore and first store in Hisar and Tirupathi. Phixman has an aim of launching more than 400 stores in India and abroad by the end of year 2020.”