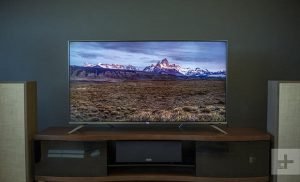 Global electronics major, TCL has come up with an investment of Rs. 2,200 crore to start a manufacturing facility in Tirupati, Andhra Pradesh. The company is planning to make around 60 lakh television panels from the new unit.

The new facility is spread across 158 acres of land at the electronics cluster in Tirupati and is expected to generate about 8,000 job opportunities in the state.

“We have designed the electronic policy in such way that the units will come to the state with plans from design to death mode. Everything will be made in Andhra Pradesh,” Nara Lokesh, Minister of Information Technology, Andhra Pradesh, told TOI. He added that the state was already producing PCBs, chip designs, camera modules and batteries that were required in the electronic firms.

With TCL, Tirupati will turn into an electronics hub, said the IT Minister. The state government has been making efforts to draw investments across the world. It has also introduced policies to support the manufacturers in ease of doing business in Andhra.

TCL wants to expand its footprint in India through its new facility. The company, earlier, said that it was exploring the appliances market of mobile phones, washing machine, refrigerator and air conditioners. With the current investment of Rs. 2,200 crore in the consumer electronic goods manufacturing, TCL is expected to boost the opportunities for growth in the sector.

The company, reportedly, is growing at a rate of 37.2 per cent annually. During January-June this year, the company’s global sales crossed 13.17 million.

MPPL Says it Will be the Largest Air Coolers Manufacturer in...