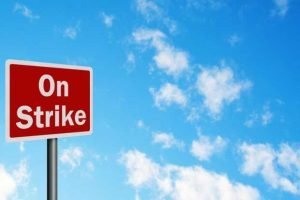 A strike at the LG Electronics’ factory in India is putting a severe strain on production of home appliances ahead of the festival sales season.

Around 400 workers at LG’s plant in Greater Noida in Uttar Pradesh have went on strike on July 11, as some workers, who had demanded reduction of working hours and a salary hike, were transferred suddenly to a plant in other state.

Vikas Sharma,general secretary of the LG Electronics Employees Union, surmised that they were given the letter on Saturday (July 9), which had ordered 11 employees including himself to be transferred to other plant, but they refused to accept it. The strike started immediately after the 11 employees were allegedly not allowed to enter the factory on July 11.

Manoj Kumar Chaubey, head of the LG Electronics Employees Union has notified that 850 permanent workers at the plant are on strike and around 1,200 contract workers have also stopped working and therefore the production line has shut down.

The 19-year plant is LG’s largest production base in India for manufacturing home appliances, producing 8,000 refrigerators, 5,000 washing machines and 700,000 compressors a day, in addition to microwave ovens.

It would be inevitable for LG to suffer a big loss owing to a shortage of air conditioners during the season when a higher festival sales is expected, starting from mid-September, if the production were not restored within a few weeks.

Business Korea gave calls to LG headquarters in South Korea and tried to ask about its position related to the matter in India, but to fail to get specific answers.

Lenovo Aims to Capture 15 Per cent of Smart Wearable Market...