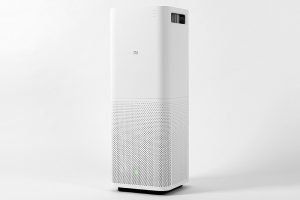 With an aim to have an impact on the ever-increasing polluted landscape of India, Chinese electronics company, Xiaomi announced the launch its first product in the line up of Mi Ecosystem in the country. The smartphone company will launch its air purifiers in the Indian market on September 21.

Xiaomi, apart from manufacturing smartphones, tablets, and accessories, also had products under its portfolio, called the Mi Ecosystem. After much anticipation, Xiaomi will bring the first of its smart home appliance products in the country finally and the product is called the Mi Air Purifier 2.

According to Xiaomi, the device gives a Clean Air Delivery Rate (CADR) of 310-metre cube per hour. Xiaomi has said that the new device Air Purifier 2 makes sure that it is 11 percent less noisy than the previous model, with levels as low as 30 decibels. It is also expected to be almost 58 percent more power efficient compared to its predecessor. Xiaomi claims that Mi Air Purifier 2 can take out almost 99.7 percent of the PM2.5 particulates within an hour.

The most interesting feature in the latest variant to be launched in India is that users can control it from a smartphone with the help of Mi Smart House App, which connects through Wi-Fi.

With most cities facing tremendous amounts of air pollution levels, the air purifier could be a perfect tool to ensure pollution free and safe breathing air in our homes. The price and availability haven’t been disclosed yet.

According to the price in China, it is expected that the latest variant to be launched in India, will be around Rs 7,050. But the taxes and import duties also might have an effect on the pricing.