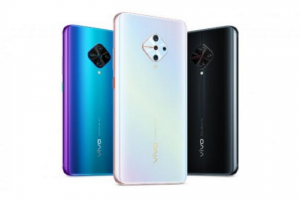 According to a report, Vivo S6 is all set to launch by the end of March. The upcoming smartphone would be successor to Vivo S5 which was launched in November last year in China.

As per the report, it has been revealed that this latest smartphone will be a 5G-enabled handset. Additionally the post also says that Oppo Find X2, Oppo Find X2 Pro, Huawei P40, Huawei P40 Pro, and Redmi K30 Pro would be the other 5G smartphones releasing in March.

A 6.44-inch Full HD+ AMOLED display with a resolution of 2400 x 1800 pixels, powered with a 2.3Ghz Snapdragon 712 Octacore processor is what Vivo S5 already boasts about. Running on Android 9, Vivo S5 is fuelled by a 4,010mAh battery with 22.5W fast-charging support. It has a quad-camera setup with a 48-megapixel lens with f/1.79 aperture, LED flash, 8-megapixel wide-angle camera with f/2.2 aperture, 5-megapixel depth sensor with f/2.48 aperture and 2-megapixel for macro with f/2.4 aperture.

There has been no official announcement yet about the launch of Vivo S6. Infact, the specifications of the device hasn’t been disclosed so far. Since its rumoured to support 5G, it is expected to feature an upgraded processor than its predecessor.

$43 Million From Selling iPhones Made With Stolen Parts: Report

Xiaomi will Launch Redmi K30 Pro in India by April