Electronics For You had last week reported that LG was gearing up to enter the ceiling fans market in India. Exclusive images inside shows LG’s first digital banner for its ceiling fans

LG has started a pre-marketing campaign for its upcoming smart ceiling fan in India. As per information obtained, LG’s team has started training retailers, distributors and its sales channel about the product specifications.

An individual aware of the developments had earlier told Electronics For You, “LG’s first fan will be in the premium segment. Apart from an energy saving BLDC motor developed in India, it will also feature smart functions.” 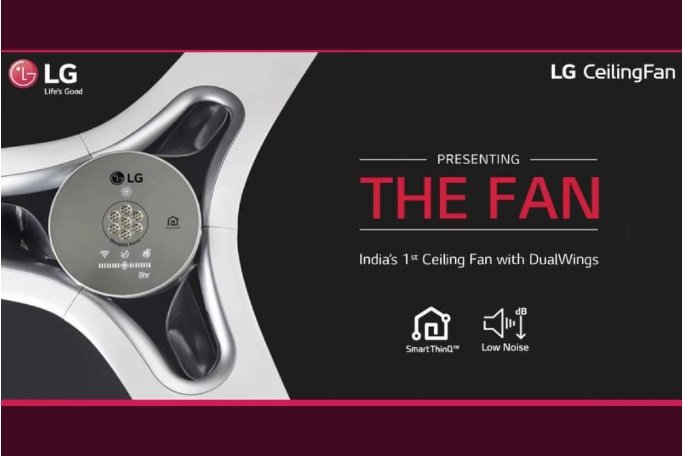 The individual claims that LG’s first ceiling fan has been developed completely in India. LG appointed an separate team that worked at its Greater Noida located facility for developing the fan.

“LG’s first ceiling fan has been developed over a period of one and a half years. The team at Greater Noida kept visiting Korea head office for developments and training as well. The biggest USP of this fan is its ingenious design,” the individual said.

It is also to be noted here that LG had also developed a AI chip that it had said will be used in its line of products. Once launched, LG ceiling fans will head straight into competition with the likes of Ottomate, Atomberg, Orient and Fanzart. All these companies are known for retailing fans in the premium as well as smart segment. LG may price its BLDC motor powered smart fan upwards of Rs 6,000. (Here is our exclusive on LG smart ceiling fan)