The company, as per a recent report by IDC, was among the top five smart watch wearable companies in Q4 2018 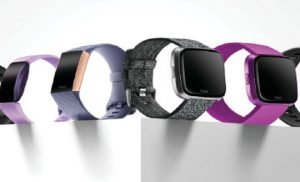 Fitbit is planning to bring Fitbit Versa Lite Edition, Fitbit Inspire HR, Fitbit Inspire and Fitbit Ace 2 to India market in the first half of 2019. The company has already introduced these in the US Market.

Company’s official statement read, “From bold smartwatches to inspiring trackers, Fitbit has four new products fit for everybody! Starting this month, you’ll be able to track your fitness, sleep, and so much more.”

The company, as per a recent report by IDC, was among the top five smart watch wearable companies in Q4 2018.

The Fitbit Versa Lite Edition will be available in vibrant colors and an easy one-button design whereas Fitbit Inspire HR will come equipped with a heart rate tracker. The company might introduce Fitbit Inspire as the most affordable fitness wearable in its portfolio in India. It, as per the variant launched in USA, features a water-prof design and a touchscreen display.

Fitbit Ace 2 might be company’s offering targeted towards kids. The USA variant promises to help kids learn healthy habits and encourages them to be healthy.

The company is also planning to launch a redesign of the app. Fitbit’s official statement read, “Fitbit will soon launch a major redesign to the app so you can even further personalize your dashboard, better understand your data, discover new content, and connect with others more easily.”

Samsung to Launch the Galaxy Tab S6 Soon in India