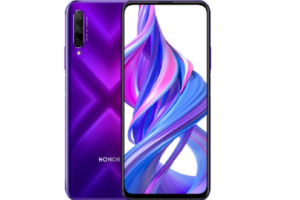 Honor has launched the Magic UI 3.0 update for the Honor 9X, Honor 20 and Honor View 20 smartphones. According to the report, the latest software update will add an option of Dark mode to these devices.

With the Magic UI 3.0 update, Honor users will get quicker and smoother feedback while navigating as claimed by the company. The brand has also stated that the update will offer smooth transitions between applications and more animations like spring motion when tapped on the screen.

According to the company, the Magic UI 3.0 version facilitates cross-system interaction and allows mobile to laptop connections on the phones. One just needs to switch on the NFC function and Wi-Fi on phones and pair with a laptop via Bluetooth or a QR code. Users can then transfer images and files and even play music.

Honor users will be able to implement filters directly from the viewfinder before the shot is taken after downloading the update. The company has reportedly upgraded the camera UI with a more visible zoom bar. The video mode of the app supports features like Assistive grid, horizontal level, and timer.

The company has also mentioned that all the devices with Magic UI 3.0 “will be safeguarded through the self-developed Trusted Execution Environment OS. Certified with CC EAL5+, the microkernel achieves the highest level of security certification available for global consumer device OS.”

“Sensitive operations such as payment and authentication run through this isolated, secure system to prevent interception and theft. With connection setup, data transfer and information storage between devices all encrypted in this protected environment to guarantee privacy, Magic UI 3.0 supports app sandboxing for standardized app permission management.” Honor says that it will roll out the software update for devices too in 2020.

Exclusive: Riversong is Planning to Launch Wireless Earbuds in India

Astrum Set to Launch its First ‘Made in India’ Products This...