The launch will take place with the announcement of Honor View 20 smartphone in the country. Honor has already started pre-booking of these products on Amazon 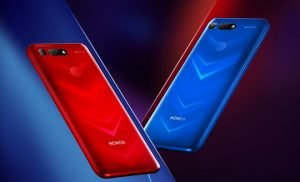 Honor is all set to launch a 9.8 mm thin smartwatch in the country. Dubbed Honor Watch Magic, it features retina AMOLED display and three-satellite positioning for multiple sports mode.

India’s leading news agency IANS reported that Honor will also launch Honor Band 4 at the same event. It is to be noted here that Honor View 20 smartphone is also making its India debut on the same date. Honor started pre-booking of these products on Amazon from 15 January 2018.

An official statement released by Honor during the View 20 smartphone launch in China read, “The HONOR View20 is equipped with the world’s first high-definition 48MP rear 3D TOF camera and a front-facing 25MP camera integrated into the display. This innovative All-View display design doesn’t impact the display function – instead, it allows a notch-less viewing experience, achieves a stunning 91.8 per cent body-to-screen ratio, and enables users to take the best photos possible, all at the same time.”

Honor View smartphone features an all-view display with front camera embedded in one corner of the screen. One major USP of this smartphone is its 48 megapixel camera. It is powered by Koron 980 AI chip-set’s dual-NPU and dual-ISP. Honor has used Sony IMX 586 sensor in the camera.

The China-based sub-brand that works under the umbrella of Huawei will be launching the smartphone in 8GB + 256GB and 6GB + 128GB variants. Honor has equipped a 25 MP camera at the front. On the battery front, Honor View 20 gets a 4,000 mAh battery that the brand claims can deliver up to 130 hours of music playback time, up to 15 hours of video-playback time and up to 25 hours of talk-time on a 3G network.

It is expected that the brand will launch this smartphone at starting prices close to Rs 48,000 in India. The smartphone once launched will compete against the likes of Samsung in the country.