Huawei generally maintains a three to six weeks time gap between launching same smartphone models in its home country and India. The Honor Magic 2 may launch around next week in India 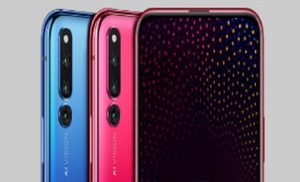 However, Oppo and Mi have already launched smartphones with front slide features in the past.

Going by the past trends, Huawei generally maintains a time gap of between three to six weeks in launching same smartphone models in its home country and India. Huawei earlier, had launched the Honor 8 and Honor 8X in first week of September in China whereas these were launched in India in the third week of October.

Going by the trend, and news of other smartphone makers announcing the launch of their flagship models, it is believed that Huawei will launch the Honor Magic 2 soon in the country. Also, the smartphone maker may be eyeing a launch around Diwali to cash in the festive season factor.

OnePlus has just launched its flagship product OnePlus 6T, and Mi is also gearing to launch Mix 3 in the country. Huawei may not want to lose the war just by delaying the Honor Magic 2 launch any further than Diwali.

There should not be a big difference around the Honor magic 2 prices in China and India. The Honor Magic 2 may be priced somewhere in the same price segment as in Huawei’s home country.

A new sliding design for revealing the front camera along with a triple camera setup on the back make for most highlighted additions in the Honor Magic series smartphones.

The front camera slider is equipped with a camera and 3D sensors for facial recognition. The phone will also come loaded with Yoyo AI-based virtual assistant.

Consumers will have the options of choosing between 6GB/8GB RAM and 128GB/256GB storage options.

Huawei has integrated the Honor Magic 2 with an in-screen fingerprint sensor. It runs on Android 9.0 Pie and comes equipped with a a 3,500mAh battery that Honor claims can be completely charged in 55 minutes.

Tecno To Launch Camon 15 Smartphone in India on 20th February

Huawei Y9 2019 Smartphone Will be an Amazon Exclusive