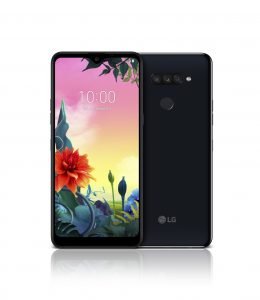 LG Electronics (LG) will unveil its new K50S and K40S smartphones at IFA 2019 in Berlin, Germany. It is believed that both these smartphones will be launched in the affordable category. These upgraded K series models, as per LG, are equipped with improved cameras, better displays and larger batteries.

LG’s official statement read, “As the first K series devices to offer super wide angle, both smartphones are now perfect for large group photos and immersive landscapes. Delivering 13 million pixels with both the front and the rear cameras, scenes and subjects shot with either the LG K50S or LG K40S look fantastic cropped or zoomed in. These attractively-priced handsets were designed for a superior gaming and content consumption experience, boasting displays more typical of premium handsets. The K50S comes with an immense 6.5-inch FullVision display while the K40S offers an equally generous 6.1-inch HD+ screen.”

It continued, “With minimal bezels interrupted only by an attractive, unobtrusive front camera opening, both devices deliver subtle, modern styling and a more immersive user experience. And because great content can only be truly enjoyed with great sound,both smartphones deliver realistic and dynamic audio with DTS:X 3D Surround Sound. The enhanced features of LG’s latest K models are backed by the solid fundamentals common to all LG smartphones. Guaranteed to stand up to the rigors of daily use, both K50S and K40S are to meet the U.S. military MIL-STD-810G standard for durability and come equipped with optimized batteries that ensure lengthy sessions of multimedia enjoyment between charges. And the helpful Google Assistant is only a single button press away.”

Samsung Galaxy On8 to hit India by October 2016