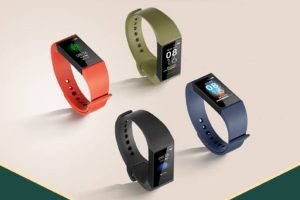 The Redmi Smart Band has recently made its debut in China. The budget fitness tracker from Xiaomi is expected to hit Indian stores.  Th device has also made an appearance on the Bluetooth certification website, after receiving the BIS certification. The fitness band bears HMSH01GE model number, which is the same Redmi Band listed on the BIS site.

Xiaomi is likely to offer this fitness tracker at a much affordable price than the Mi Band. To recall, the device is available for RMB 99, which is around Rs 1,060 in India. The Redmi Band could be launch in India with the price label.

A 1.08-inch rectangular colour display, offering 5 sport models is what the smart wearable boasts about. The wearable also offers an optical heart rate sensor to monitor heart rate. Users will also be able to track their sleep patterns. According to a report, the Chinese company will be selling the device in four colors, including orange, olive green, blue, and black.

The Redmi Band supports direct USB charging. As claimed by the company, the fitness band will deliver 14 days of battery life on a single charge. The budget fitness tracker lacks NFC support for contactless payments. But, the same feature is also available in Xiaomi’s Mi Band 4.

Besides, the Mi Band 5 is also expected to launch today. The display is expected to be brighter with better contrast to ensure improved usability under direct sunlight. It is likely to feature a full-color AMOLED panel. Talking about NFC, it also looks like the Global version of Mi Band 5 will also support contactless payments. This likely means that Mi Band 5 will come with support for Google Pay, and other payment services.

Samsung Galaxy M21 to be Launched in Mid March : Report