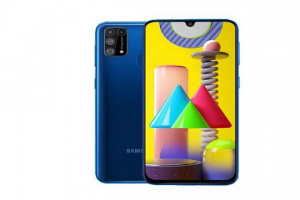 Global electronics giant Samsung is all set to roll out the next Galaxy M smartphone, the Galaxy M21. The South Korean electronics is planning to launch this smartphone on 16th March. It has also been revealed that the smartphone is expected to feature a triple camera setup on the back according to a report.

Additionally, the rear camera setup will feature a 48-megapixel primary camera and a 20-megapixel camera on the front for selfies. The smartphone is reportedly considered to be the spiritual successor to the Samsung Galaxy M20. The M20 is likely to compete in the budget segment, taking a look at the Galaxy M20.

A 16.26 cm ( 6.4-inch ) Super AMOLED display, backed by 6,000mAh battery along with Exynos 9611 SoC with an Octa-core CPU, is what the smartphone would be boasting about. According to a report from a leading daily, the base model would also sport 4GB RAM and 64GB storage and the second model will feature 6GB RAM and 128GB storage. The Galaxy M21 is most likely to help the company market share in the budget to mid-range smartphone segment.

The phone would be launched on both the online and offline channels through selected retail stories across the country reportedly. The Galaxy M series aims at young customers as noted earlier. The Galaxy M21 would be the second Galaxy M series to launch in India after 25th February, 2020. The company had priced the Samsung Galaxy M31 at Rs 15,999.