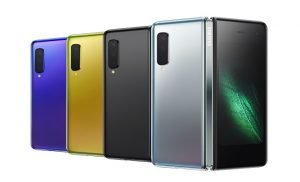 The Samsung Galaxy Fold will be launched in the Indian market on the first day of October after hitting the US market on September 27. The phone had run into some issues and was originally slated to launch in April of this year.

The crease on the display and the screen protector were making the phone malfunction or go black. According to the company, the phone has undergone some changes in the hardware to overcome the issues it was previously facing.

Though Samsung has not mentioned any price point for this phone, it is believed that the company will launch Galaxy Fold at starting prices upwards of Rs 1.5 lakh.

It is speculated that phone will come with exclusive access to specialised customer care service which will include 24×7 online support and one-on-one interaction with the company’s support staff. The biggest competition to Samsung’s fold able phone comes from Huawei Mate X. It is not clear when Huawei will launch the fold able Mate X as it was delayed due to unknown reasons earlier.

Features of The Samsung Galaxy Fold

The Samsung Galaxy Fold comes with a 7.3-inch AMOLED screen and a resolution of 2152 x 1536 pixels. The phone is equipped with Qualcomm Snapdragon 855 octa-core processor with 12GB RAM and 512GB storage.

The Galaxy phone has 3 cameras consisting of a 12MP primary sensor supporting OIS and a variable aperture between f/1.5 and f/2.4 according to the company. It runs on Samsung OneUI, which is based on Android 9.0 Pie. The secondary 12MP camera has a 2x optical zoom and OIS.

The third one has a 16MP lens and  offers a 123-degree field-of-view according to the company. The phone also comes with a 4,380mAh battery which supports 15W fast wired and wireless charging.