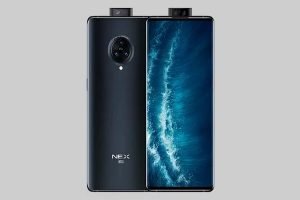 Vivo has launched its flagship smartphone, the Vivo NEX 3S 5G. The latest smartphone is the successor to the Vivo NEX 3 5G which was released last year. The changes between the devices are largely restricted to the design segment along with the SoC.

NEX 3S 5G also features Snapdragon 865 SoC with Snapdragon X55 modem for 5G. As of now, the company is selling two different RAM and storage combinations of the device. The base combination consists of 8GB RAM and 256GB storage whereas the second variant features 12GB RAM with 256GB storage.

The Chinese smartphone maker has priced the 8GB RAM model at Rs 53,261 according to GSMArena. The 12GB RAM variant is priced at Rs 56,458.Both the variants are expected to go on sale starting from March 14. The smartphone is currently only available in China as confirmed by the company. The company has also upgraded the RAM to LPDDR5 instead of LPDDR4X offering a 29 percent improvement.

Along with this, the smartphone also features UFS 3.1 storage instead of the UFS 3.0 protocol. It has also been revealed that the company has added a 17.5 cm (6.89-inch) display with Super AMOLED panel and FHD+ resolution. In addition for improved dynamic range the device is also supported by HDR10+.

Backed by 4,500mAh battery, the new Vivo NEX 3S 5G is supported by 44W fast charging technology. A new Orange colour option along with the previous Blue, and Black has been also introduced by the company.

ZTE to launch its smartphone brand in India