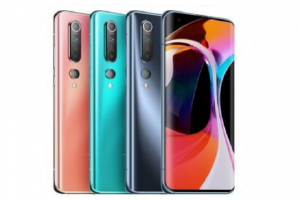 Xiaomi announces the launch details for its flagship Mi 10 series on the floors on March 27, 2020. This would be the latest addition to the Chinese smartphone maker and electronics giant. This major launch event comes after the initial launch event at MWC 2020. As mentioned earlier, GSMA had to cancel MWC 2020 due to the growing fears of Coronavirus. The brand has already launched the lineup in the Chinese market almost a month ago, thereby revealing the design, and specifications of the Mi 10 lineup.

The company took to social media to share this official launch. As reported earlier, the Mi 10 series is also likely to be a live-stream. This news has also been shared earlier on social media. Since the outbreak of Coronavirus, most companies have already cancelled their on-ground launch events or turning them online. According to another report, it has been revealed that the company is likely to launch two 5G-connected devices with the flagship hardware. Previously shared reports also talk about the first sale of the Xiaomi Mi 10 and the Mi 10 Pro. Additionally, the numbers also reveal that Xiaomi fans have been eagerly waiting for this smartphone.
It has also been noted that, Mi 10 Pro has managed to lead on the DxOMark charts for imaging. Surprisingly, Opp Find X2 Pro managed to match the Mi 10 Pro as per the latest test. The company is all set to lives-tream the event on Twitter, YouTube, and Facebook at 7:30 PM as per Indian Standard Time.

We've never been so proud! #DXOMARK Camera, Video and Audio! Get the very best of everything with #Mi10Pro! #LightsCameraAction pic.twitter.com/7xQJqPcyBn

A curved a curved 6.7-inch AMOLED display with a single hole-punch display design and a 90Hz refresh rate, running on Qualcomm Snapdragon 865 chipset with a big 4,780mAh battery, is what the new Xiaomi Mi 10 boasts about. Along with this, the cellular device would also support 30W wireless charging and 10W reverse wireless charging.
The Pro version of the phone is backed by 50W charging support with a 4,500mAh battery. The rear camera setup comes with four cameras. This includes a 108-megapixel main camera with a Samsung ISOCELL Bright HMX sensor. The device also comes up with a 13-megapixel sensor and two 2-megapixel sensors. On the front, the device packs a 20-megapixel sensor for selfies and videos.