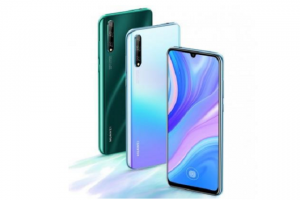 According to a report by the Mobile Indian, Huawei is all set to bring its custom-made operating system, HarmonyOS, to its smartphones range in 2020. This news was revealed by Wang Chenglu, Huawei President, during a Huawei conference.

Will not replace Android

Huawei CEO, Richard Yu Chengdong informed in a media interview that Huawei will consider loading its upcoming smartphones with HarmonyOS starting from next year. He further stated that if they are still not allowed by the US government to access Google’s Android service, they will consider using our own HarmonyOS.

Recently, Huawei stated that it maintains a clear preference to continue to integrate and buy components from the US supply partners. If that proves impossible because of the decisions of the US government, they will have no choice but to find alternative supply from non-US sources.

As per a recent report by the Associated Press, the China-based company is selling its folding smartphone without Google apps. It is to be noted here that the USA has blacklisted Huawei from doing business in the country citing National Security reasons.

Samsung to Invest $8 Billion to Boost Chip Production in China:...