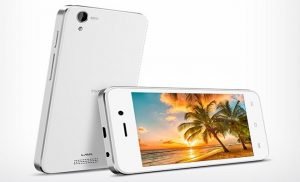 According to a report by ET Telecom, Lava International is in talks with global technology companies to tie up for supply contracts. The company wants to strengthen its smartphone design, supply chain and manufacturing capabilities to address demand emerging from western markets amid the ongoing US-China trade tensions.

A senior company executive told the news daily that in this geopolitical and technological backdrop, they are in the process of forging alliances with the world’s top technological powers and giants. He further stated that the alliance, if forged, will help in enhancing supply chain and manufacturing capabilities of Lava.

Lava chairman Hari Om Rai informed ET that the investments in smartphone design will grow substantially in the next financial year. The company will have 300 employees for R&D in India.

He further added that Indian firms were marginalised due to heavy capital burning and predatory pricing by online channels and Jio. He said that Chinese vendors grew as they worked on their design and manufacturing ecosystem in China, supported by policies of the Chinese government.

Aa recent report by CyberMedia Research, Lava has emerged as the only Indian brand to be in the fray in the Indian handset market dominated by the Chinese and South Korean brands.

Aiming for Top, Samsung Plans to Set up 300 Exclusive AC...