The Korea-based electronics giant said that its operating profits may dip by 18.8 percent in comparison to last year 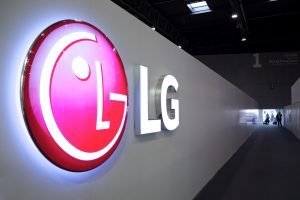 LG has joined the herd of consumer electronics companies expecting lowered operating profits during the January to March 2019 period. The company through an official statement said that it is expecting operating profits of 899.6 billion Won (Approx $791.8 million) during Q1 2019.

Interestingly, Samsung and Apple had also posted that they are also expecting a major dip in operating profits during the same period. It is to be noted here that the smartphone market in the world is facing a slowdown since last two years and while Samsung and Apple are counted as big players in the smartphone domain, LG has been struggling in the same for a long time.

Which segment is LG expecting a bump in sales?

LG, on the other hand seems to be doing well in the other verticals. It had earlier said that LG Home Appliance and Air Solution Company had reported full-year 2018 revenues with an increase of nearly five percent from the previous year. LG had also claimed that this profit, USD 1.35 billion, was the highest in company history.

Though in case of Samsung and Apple, it is clearly understood that they might be expecting lower operating profits as a result of slowdown in the smartphone market, it is still unclear where LG is expecting a dip in operating profits from. LG’s official statements for year 2018 prove that all its verticals, apart from the smartphone segment, have been doing fairly well for the company.

Huawei’s HarmonyOS to Make Debut in 2020