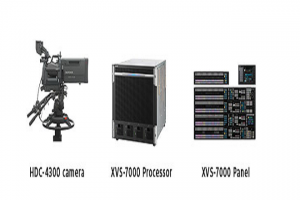 According to Sony, this purchase will have an impact for the broadcast media and entertainment industry in India. Sony says that with this purchase, Real Impact has “taken a leap in producing 4K live production content in India, like none other and never-before in the industry.”

Shinya Koshie, head, professional solutions group, Sony India said, “This partnership will not just help transform the kind of content viewed but will also prove to be a pivotal moment in the consumption and production of live 4K content. We look forward to a mutually fruitful relationship with Real Impact for many more years to come.’

Right time to shift to 4K

Rajiv Sabharwal, director, Real Impact said, “Switching to HD in 2009 has benefitted us for the past one decade and we are confident that dwelling into 4K will take us a notch higher. With significant shift of technology from high definition content to 4K, this movement is quintessential. We feel it is the right time to seize the opportunity by being the early movers and investing in 4K which is ready to revolutionize the industry. Sony equipment’s are acceptable by all our clients across India.

Realme All Set to Launch First 5G smartphone on January 7