Lei Jun, Chairman, Xiaomi Corporation, wrote an letter explaining the difference between actual figures and those quoted by research companies 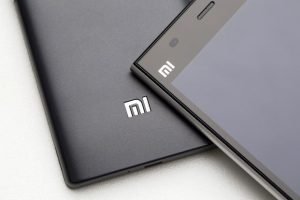 However, the shipment figures quoted by various research institutions, as per Jun, was not correct. Interestingly, Manu Kumar Jain, Xiaomi Global VP, has time and again cited IDC’s research to point out towards his company as the market leader in smartphone space.

Xiaomi’s official statement read, “In order to protect investors from any misleading information, the Company hereby announces that based on our management accounts, our shipment of smartphones in the first quarter of 2019 exceeded 27.5 million. Information on our shipment of smartphones, once finalized, will be included in our results announcement for the first quarter of 2019.”

Xiaomi, as per Counterpoint’s latest report shipped 27.8 million devices during Q1 2019. It is to be noted here that Counterpoint’s report referred to the figures as shipments made by Xiaomi in the global market.

Similarly IDC’s report said that Xiaomi was able to ship 25 million smartphones during Q1 2019. IDC also pointed out towards India as the only market in Asia/Pacific where Xiaomi grew in Q1 2019.

Canalys, in its Q1 2019 shipment estimates, reported that Xiaomi was able to ship 27.8 million devices dirong Q1 2019. These figures, as per the research company, were close to the one shared by Xiaomi.

Decline in the smartphone market globally

Global smartphone shipments, as per Counterpoint’s report, declined five per cent YoY in Q1 2019. This is now the sixth consecutive quarter of shipments falling in the global smartphone market.

The report read, “Xiaomi smartphone shipments declined annually as it faces competition in home market. The brand continues to do well in India and entering new markets to offset the decline in the home market.”

Sony Not Participating at the Mobile World Congress 2020