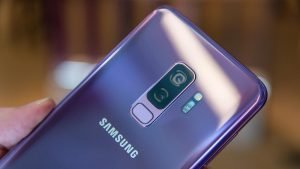 According to a report by ET Telecom, Samsung aims to sell a lot more foldable devices in 2020.

Samsung CEO DJ Koh informed that they plan to significantly increase sales of the Galaxy Fold next year. Consumers will witness a large number of foldable smartphones next year.

Koh did not reveal an exact figure. According to a report by SamMobile, Samsung’s original target for 2020 was to sell 10 million foldable phones, but the figure was dropped to a more realistic 6 million units.

Earlier this year, Korea-based Samsung announced its first foldable device. The brand claimed that the device has been developed over eight years, following the debut of its first flexible display prototype in 2011.

As per some media reports, Samsung is also planning to launch another foldable smartphone Samsung W20 5G on November 19 in Wuhan, China.

BSH Now has a Warehousing Facility in Bhiwandi, Maharasthra