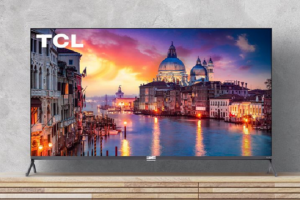 According to a report by PTI, China-based consumer electronics firm TCL Electronics said it is aiming to be among the top three brands in the smart television segment in India.

The company would focus on introducing a smart range of products with artificial intelligence (AI) and the internet of things (IoT) in the domestic market here, which would be the “basic infrastructure” of its offerings.

The report noted that TCL also plans to introduce a smart range of products and would launch an air-conditioner this season with AI and IoT features.

TCL India Country Manager Mike Chen told the news daily that in 2019, the sales of their Android AI TVs grew by 300 per cent. The same feat elevated their status as the fourth largest TV brand in India.

He further added that TCL has been successful in “disrupting the status quo” in the domestic smart TV segment by introducing AI Android TVs and is also the first to introduce Android Pie (9.0) TV in India. With the launch of smart ACs, they would further diversify our offerings.

He further elaborated that in 2020, they will be pursuing their brand shop expansion pan-India. The TCL Exclusive Centre will house the smart home ecosystem that we are trying to accomplish in India. The first such store is slated to be launched in Chennai.
They are launching the full range of smart ACs in January.

TCL expects the first batch of LED panels to roll out from its Tirupati plant this year in July. They are entering into the mature phases of setting up the panel factory.

Like Samsung and Apple, LG Forecasts Dip in Profits For Q1...