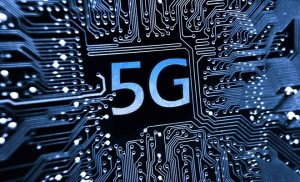 According to a report by ET Telecom, Xiaomi and Oppo said that they will adopt Qualcomm Inc’s newest 5G chip in their flagship devices next year.

The companies informed that they will use Qualcomm’s Snapdragon 865 chip in devices they plan to launch in the first quarter of next year. The companies planned to announce the news at a Qualcomm conference being held in Hawaii.

As per the report, the chip will include features for artificial intelligence tasks such as identifying objects in photos stored on smartphones, as well as a modem for connecting to 5G networks.

Qualcomm also informed that its Snapdragon 765 chip, which is priced lower than its 865 chip, will include 5G connectivity in an effort to popularize the technology on lower-priced phones.

Qualcomm stated that it had worked with Verizon Communications Inc and Vodafone Group to certify that the modules will work on their carrier networks. The company added that they are hoping to cut down on the time and expense involved for phone makers that use its chips.

Apple Dominates Global Handset Market with 66 per cent of Industry...