The company has plans to launch geysers and washing machines this year. It is targeting to be a full-fledged white appliances company by 2020 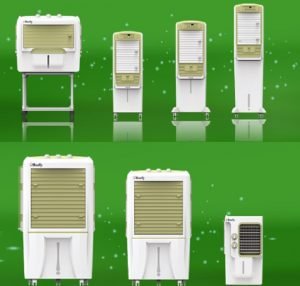 Burly, the brainchild of ex-Kenstar India Business head Chandra Prakash Shrivastav, is looking to capture markets in both organised and unorganised air cooler sectors in India. The company started its operations in January 2019. Burly is also planning to launch geysers, washing machines, mineral water dispensers, air conditioners and refrigerators in the country.

Shrivastav told EFY-ACE, “Burly is not aiming at numbers at this moment. Instead, we want to focus on brand building for Burly in 2019. But yes, we also aim to sell at least 75,000 coolers in India in 2019.”

Shrivastav said, “We are very selective at Burly, and our marketing activities will circle around retail outlets in 2019. We want to focus on spending money and effort at the point of sale, as that is where the end-user is present.”

He added that the company is in process of selecting media houses with more presence on regional levels instead of national level. Shrivastav mentioned that the advertising will take place in areas where the company has already established its sales and service network.

He mentioned, “There is no point in letting consumers know about a product before making sure that it is present in that area. So, we are targeting areas where Burly distributorship and retail network is already strong. Burly will be spending close to Rs 2 crore during its first year of operations on marketing and we want to make sure that each rupee of that figure is counted for.”

Shrivastav is clear that it will not be possible for them to be present PAN India in their first year of operations. But with the launch of products in several other consumer electronics categories, the brand will look to penetrate more markets in the country. He is of the view that there is a lot of room for all the air cooler companies to perform in India.

Commenting about rivals he said, “The organised sector in the air cooler market in India is ruled by the likes of Symphony, Voltas and Orient Electric. Air cooler penetration in the country is only 12 per cent, so I think there is enough room for every brand to perform in the market.” He also pointed out towards his ex-organisation – Kenstar, as a major player in the air cooler market.

The company is looking to focus on category B, C and D towns in India. Its product range, as per Shrivastav, is suitable for people from middle class to upper class sections. He said, “Our range of air coolers is good for the upper class who uses air coolers as humidifiers. Our air coolers range boasts of features like mosquito repellent technology, remote function and low electricity consumption as well. I think these features make our air coolers perfect for use in all Indian homes.”

Burly is targeting the states of Orissa, West Bengal, Bihar, Jharkhand, UP, Delhi, Rajathan, Punjab, Harayana, MP and Andhra Pradesh in 2019. Shrivastav said, “We will also be opening up in the South and West Indian markets in 2019 with the launch of washing machines and geysers. However, as soon as more products including ACs, water dispensers and refrigerators are launched, Burly will be present on a PAN-India level.”