Amazon has signed a deal with Apple to sell its products. However, it will not be selling Apple Homepod, that basically is a high-end alternative to Amazon Echo Device 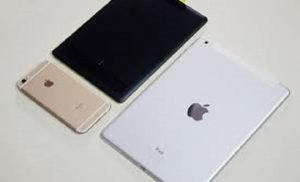 Amazon, one among the leading e-commerce portals of the world, told a popular daily that it will soon delist Apple products from third party merchants from its site. It said that third-party merchants not authorised by California based technology company will be the ones to be delisted from Amazon portals.

The company also confirmed that it had signed a deal with Apple to sell iPhones and other Apple gadgets in India, United States, Europe, and Japan.

“We’re working with Amazon to improve the experience for Apple customers on their site and we look forward to those customers having another great way to buy iPhone, iPad, Apple Watch, Mac and more,” Apple said in a statement.

The deal is a clear indicator of Amazon’s growing popularity among consumers. What makes this deal more interesting is the fact that Amazon will not be selling Apple Homepod but will include Apple Watch and other Apple products. It is worth mentioning here that Apple Homepod makes for a high-end alternative to Amazon Echo Device.

Amazon had also listed Apple TV on its site only after it had become compatible with Amazon prime Video.

Google, on the other hand, had pulled its video streaming app support from two Amazon devices after receiving several complaints against the online retailer. The complaints included Amazon’s decision to not sell some of Google’s products.

Google ‘Home’ smart speakers that rival Amazon Echo devices, are not yet available on Amazon India website. Similarly, Amazon has also not listed Google Chromecast on its portal in India. Goggle Chromecast is a direct competitor to Amazon Fire TV Stick.