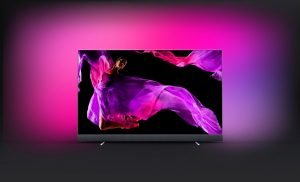 Philips TVs are all set to make a comeback in the Indian appliances and consumer electronics industry. The brand was absent from the country for almost a year following Videocon’s financial crisis and subsequent insolvency proceedings.

Arun Menon, country business head, Philips Television and Audio, told PTI, “We have plans to launch 7-8 models starting with 22 inch and 24 inch category and going up to the 65 inch category, starting mid-December 2018.”

Philips and TPV are also aiming for manufacturing TVs locally in the country. However, the duo has partnered with Dixon Technologies for assembling local TVs in India for now.

TPV Technology will be leveraging its existing retail Network of 35,000 stores with more than 200 distributors to sell Philips TVs. It is to be noted here that TPV is already selling audio products under Philips brand through the same retail network in the country. Menon confirmed that the company will be reaching all the retailers and distributors who are already selling TVs.

Philips OLED 903, a flagship Philips OLED TV, can be the first premium TV to be launched in India during July-September quarter next year. Europe based Philips had tied up with British audio engineering company Bowers & Wilkins to develop the Philips OLED+ 903 TV.

A press release issued by the company in August 2018 said, “The partners believe that the OLED+ 903 will immediately establish a new reference point for both TV picture and sound quality and will create a viewing experience superior to any previous or current set – a fact already officially recognised by the TV winning the prestigious EISA Award for Best Home Theatre TV 2018.”

Counted among the largest manufacturers of monitors and LCD/LED TV, TPV has its own brands – AOC and OEM for large global brands. The company, since 2011, owns exclusive trademark licence to sell Philips brand television in most parts of the world. TPV has acquired the licence for selling Philips televisions in India in 2018.