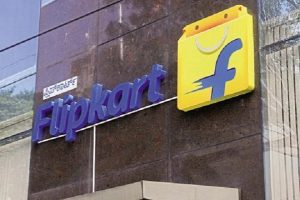 E- commerce giants Flipkart and Amazon have generated about Rs 19,000 crores in Gross Merchandising Value (GMV) during the festive season sale according to Bangalore -based market research firm RedSeer Consulting.

The report claims that mobile phones dominated the sales and accounted for 55 per cent of the total GMV. The report further adds that in terms of GMV, it is 30 per cent higher than what the two companies generated in terms of GMV last year.

The report said that Flipkart led the festive sales in GMV terms with 60-62 per cent gross GMV. Amazon saw a 22 per cent  Year on Year (YoY) growth in terms of GMV but the volume growth was more than 30 per cent.

Mobile phones and consumer electronics contributed to a major portion of the sales because of a few seasons. Key factors that led to huge sales in mobile phones and other consumer good electronics were strong value prices, high EMI adoption and a variety in terms of range according to the report.

New customer growth of 50 per cent

The report also claims that the YoY growth during the festive sales was 30 per cent with a good share coming from tier II and tier III cities. The report says that consumers delayed their phone purchase to wait for the festive sale to get better deals.

Flipkart mentioned that the sale saw a 50 per cent growth in the number of new customers compared to the sale last year. The company said that more than more than 50 percent of Flipkart Plus shoppers were from smaller cities and towns. The sales from tier 3 cities grew by 100 percent (YoY) according to Flipkart.