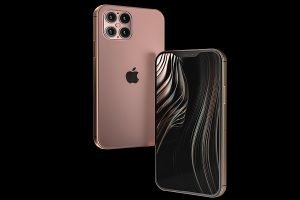 Tech giant Apple is expected to launch its iPhone 12 series smartphones in September this year. Along with this, 5G technology would have its cost in the upcoming models, and the results can be perceived in the battery component.

According to renowned analyst, Ming-Chi Kuo known for his leaks on Apple products revealed that the company is looking forward to adopt cheaper battery technology to reduce production costs for the iPhone 12 5G.

The analysts also informed the TF Securities investors that the company could reduce the number of layers that contribute in making the battery and assemble the components in a smaller area. The savings in battery costs would be noticeable, which would be around 40% and 50% cheaper on the iPhone 12 5G.

According to a report, it has also been revealed that the required adjustments to make the iPhone compatible with the 5G are not cheap. Hence Apple is needed to cut costs from wherever possible, while not reducing its margins.

However, it has not been revealed so far that the reduction in battery cost would be enough to bring down the necessary values for the 5G. There have also been rumours that the company may not include headphones or chargers in the box, which would help minimise the impact. It is also not known whether this adoption of different and cheaper battery technology would impact the component’s performance.

Earlier, South Korean’s regulatory documents for device certification indicated that the iPhone batteries must have a lower capacity than the iPhone 11. This does not convert that the under performing device as a whole is more economical in power consumption energy.

India likely to be among first few countries where Panasonic will...