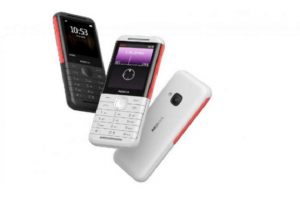 As shared earlier, Nokia has been anticipating the launch of several new smartphones since a long time. Finally HMD Global would unveil these devices in India. The company has also shotes a teaser video via its social media platform. It has been confirmed that it will launch a feature phone and an entry-level smartphone in the Indian market.

It has also been reported that the upcoming Nokia feature phone would be running on Android OS. It will also offer support for Google Assistant and Maps built into it. According to the rumours, there are chances that it could be sold with the Nokia C3 name label.

It is also being said that the devices have made its debut in Indonesia last week. The official date for India hasn’t been confirmed yet by the HMD Global. There are chances that the devices could be unveiled alongside the Nokia 5.3.

A 5.99-inch LCD screen, with HD Plus resolution is what the upcoming smartphone is expected to boast about. The device would also retain the traditional design with thick bezels at the top and bottom. It is only 8.7 mm thick and weighs around 184.5 grams.The smartphone also has a single 5-megapixel camera for taking selfies or video calls.

Apart from that, the devices is expected to have a 8-megapixel rear-facing camera accompanied by an LED flash. HMD Global has also equipped its affordable Nokia smartphone with a fingerprint sensor for added security, which is also on its back. Powered by an oct-core processor, the Nokia C3 is clocked at 1.6 GHz. It is paired with 3GB of RAM and 32GB internal storage, which could be expanded via a microSD.

There’s dual-SIM support, a 3.5mm headphone jack, FM Radio. It runs on the Android 10 operating system. Meanwhile, the Nokia C3 is powered by a 3040mAh capacity battery with charging via the micro USB port. As of now, the smartphone is offering two colours – Nordic Blue and Gold Sand colours.

73 mobile manufacturing factories have come up in India in last...

Can Airtel’s Offer of Unlimited Data with No Speed Drop Take...