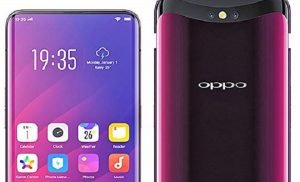 It was reviewers from Tech2 who had contacted UL about the glorified benchmark results in Oppo Find X. Based on the same, the team at UL had decided to test another famous Oppo phone – Oppo F7, which was also found to be using artificially high and misleading benchmark scores.

UL in a statement published on its website said, “The difference in scores tells us that the devices are simply recognizing the 3DMark app by name rather than adapting to the type of work in the test. This kind of detection and optimization is forbidden by our rules for manufacturers.”

While users can download public version of 3DMark benchmark test app from Google play store, the private version is neither available to consumers nor to smartphone manufacturers.

Oppo’s stand on the benchmark test

UL benchmarks contacted Oppo with the findings for a clarification about the benchmark tests difference where in Oppo explained ,”For unknown applications, the system will adopt the default power optimization strategy. After the user has not actively operated for 5 to 10 seconds, the device limits the system performance to 70% to 80% of the maximum performance (according to different platforms). When there is a user operation, it will immediately cancel the performance limit, to ensure that the user experience is not affected.”

Oppo also told UL Benchmarks, “We are working on upgrading the system, and strive to distinguish between the requirements of undetected apps or the subjective needs of users.”

Globally known smartphone brands including Huawei, Samsung and HTC have also been found manipulating benchmark test results in the past.  These tests may not mean anything major for the smartphone manufacturers, but they still provide an idea about the brand in the end user’s mind.

Oppo, Vivo and OnePlus are three major brands that operate under the same umbrella of China based BBK Electronics.

iVOOMi to locally manufacture wearables in India by end of 2019