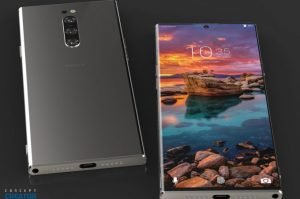 Global tech giant Sony is preparing for the announcement of the Xperia 5II smartphone. Ahead of the big launch, a promotional video featuring Sony device has gone viral, which was posted on YouTube.

The video has revealed many characteristics of the smartphone highlighting the main features, specifications, and photographic capabilities of the upcoming Sony Smartphone.

The video also showed that the phone has ZEISS optics and a dedicated camera button. Along with this, it has also been noticed that there’s real-time eye-centred autofocus feature that we’ve already seen in previous models. It works both on both humans and animals.

Along with this, the Xperia 5II cameras support AF/AE (automatic focus and exposure ) in continuous bursts at upto 20 FPS and record 4K HDR slow-motion video at a 120 FPS speed. Coming to the screen, it is an HDR certified OLED panel that retains the tall 21:9 aspect ratio and has the internal X1 engine to improve the image quality. The display has thin bezels at the top and bottom flanked by stereo speakers on both sides. It also has a 3.5 mm headphone jack.

It has also been revealed that the device also has a game enhancement feature, aka game mode. This would benefit the users to take a screenshot, record the screen, and do more while playing games.

The Xperia 5II’s OLED display offers a 120 Hz refers rate and a 240Hz touch sample rate. It is also reported to support Dolby Atmos, LDAC, and high-resolution wireless audio playback. The phone incorporates a Snapdragon 865 chipset with 8GB of RAM and 128GB of storage.