Burly had started its India operation with launch of air coolers in the country. The brand also has plans to launch geysers in the upcoming winter season 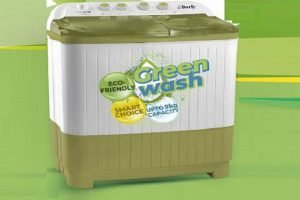 Burly, brainchild of consumer electronics’ industry veteran Chandra Prakash Shrivastav, has forayed into the washing machines segment in India. The company has announced the launch of green wash technology based washing machines in the country. Burly is retailing its washing machine range starting at prices of Rs 8,000.

The company in an recent conversation with Electronics For You had shared that it is looking to foray into the geysers, mineral water dispensers, air conditioners and refrigerators verticals as well. Mr Shrivastav had told EFY, “Burly is not aiming at numbers at this moment. Instead, we want to focus on brand building for Burly in 2019. But yes, we also aim to sell at least 75,000 coolers in India in 2019.”

The brand has also launched a marketing campaign based on election results in India. As per the campaign, Burly will be giving away a free washing machine to one winner. Users are required to send their guesses on who will win the election.

Burly Coolers are based in quality air, mosquito resistant, and nature-ly fresh and cool. The Burly washing machine focuses on the conservation of water, detergent and electricity, targeting traditional housewives.  Burly washing machine is available in 6.5 Kg, 7 Kg, 7.5 Kg, 8 Kg ,8.5 Kg and 9 Kg in the semi-Automatic category.