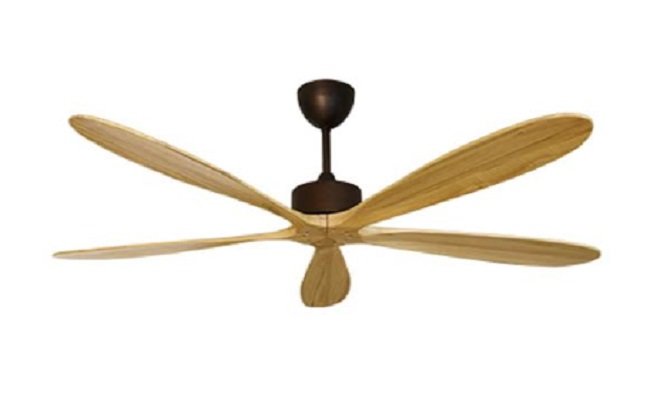 Gone are the days when ceiling fans were considered as wind blowing machines. Companies including the likes of Ottomate, Fanzart and Atomberg have brought a revolution out of these. A revolution that is not only a big business opportunity in India, but also in the lands that fall outside Indian borders.

Fanzart, which promotes itself as a luxury fan brand in India, says it designs and sells fans in accordance with room types. Tarun Lala, executive director, Fanzart told Electronics For You, “As ceiling fan specialists, our vision is to revolutionise the ceiling fan industry. We have started offering fans that are designed keeping specific room types in mind. Fanzart designs fans for drawing rooms, bedrooms, offices and every other corner of a house or commercial property.”

Atul Jain, SVP and business head, Fans, Orient Electric Limited, says, “Consumers are willing to spend higher on the products that make their experiences better and life easier while also offering them the pride of ownership. Like people flaunt their rides and other luxury possessions, they are now opting for premium appliances including fans to make a lifestyle statement.”

As a matter of fact, ceiling fans have become such a big opportunity that an Indian startup is nearing revenue of about Rs 1000 million from its business around these. Called Atomberg, this startup is located in Mumbai, and is led by engineers from IIT.

Let’s start with the size of ceiling fan industry

While different reports claim different numbers, industry majors tell us that the ceiling fan industry in India is huge! How huge?

Fanzart’s Tarun Lala also has an answer. Though he did not quote any figures, his answer clearly reflects the kind of growth Fanzart sees in the ceiling fan industry. He states, “The most recent revolution in India was in terms of LED lights and smartphones. We expect the ceiling fan market size to be massive, bigger than this LED TV revolution.”

Interestingly, conventional light bulbs used in India were considered power hungry. A normal bulb that retailed for Rs 10 about five years ago in the country consumed 100W power per hour. What made LED bulbs a revolution is not just the power consumed, but the amount of light they give out despite using these low power figures! For example – A 25W LED bulb consumes 75W lesser than a 100W bulb, but gives out around 2400 lumens. A 100W conventional bulb, on the other hand, gives out only 1400 Lumens.

Something similar is becoming a trend in the world of ceiling fan manufacturers. Brands including the likes of Fanzart, Orient and Ottomate, have now started retailing fans equipped with BLDC motors. These motors, also known as inverter motors, promise energy savings of up to 60 per cent.

Atul Jain shares that consumers in India are getting more aware about the energy consumption and brands will have to answer more to such users now. He says, “With consumers getting more aware about energy consumption, there has been a notable increase in the demand for energy efficient fans over the years. The use of BLDC motor, also referred to as inverter technology, in fans ensures 40-50 per cent energy savings in comparison to ordinary induction motor-based fans.”

Atomberg markets its fans by educating the consumers about the power saving capabilities of a BLDC motor. The next in line of innovation in terms of ceiling fans comes in the form of hot air cool air technology. What this simply means is that a ceiling fan equipped with this technology can deliver cool air in summers and hot air in winters.

Atul Jain adds, “With IoT gaining popularity, people are increasingly adopting smart home devices which can be easily controlled using smartphones, voice assistants or tabs. Such swift is the shift that even the most common cooling appliance like fan has gone smart. In line with the trend, we have introduced IoT-enabled Aeroslim fan which is being widely appreciated by the consumers.”

Tarun Lala shares that summer-winter feature is something that Fanzart is most excited about. He says, “All the conventional ceiling fans go anti-clockwise and deliver cool breeze. Fanzart’s summer-winter fans can reverse the flow of current and go clockwise as well. What this does is it enables fans to deliver warm air as well.”

As simple as it sounds, Fanzarts says that it has seen thousands of takers of its summer-winter fans in India. Additionally, the company has tied up with interior designers and architects to project these fans to potential consumers. The catch – these cost upwards of Rs 15,000!

Sales channels are evolving too

The evolution is not only happening in terms of designs and capabilities but in sales channels as well. When you have ceiling fans especially designed for drawing rooms, bedrooms and all other types of rooms, you can’t simply put them up on an e-commerce portal or inside a brick-and-mortar shop and expect sales to happen.

As we said earlier Fanzart has tied up with interior designers and architects to retail its fans in India, the brand has also set experience zones just for its fans. And Fanzart is not alone, even Orient has put up zones or shops in India where users can experience such fans before buying them.

Tarun Lala whose Fanzart has around 48 experience zones in India says, “It is of utmost importance for a user to experience a product before buying it. Similar is the case with ceiling fans. If you are confident about your product range then you must invest in an experience zone.”

Atul Jain adds, “With an aim to aggressively increase our market share in the online space, we are selling our products through our own e-commerce portal as well as through other leading marketplaces. As part of our retail visibility drive, we have also started setting up exclusive Orient Display Zones with an aim to grab dedicated retail space in premium outlets across the country. We are also opening up exclusive, franchised stores known as “Orient Electric Smart Shops” across the country.”

Atomberg, however, has adopted a completely different approach altogether. The ceiling fan startup has created a completely unique marketing channel for its products. Sibabrata Das tells Electronics For You, “Atomberg didn’t just innovate in terms of ceiling fans that save power and help reduce electricity bills, but we actually innovated the ways we reach end-customers.”

He explains, “It took us around 10 months to crack this distribution channel strategy with Tata Power. We used to visit all the senior people and answered a tonne of questions. We explained that Atomberg has never made a compromise on the service, even if that costs more. I must also add that our service cost was initially higher than other brands, even the established ones.”

Home Automation Segment has been the Game Changer: Kunal Nandu