The Korea based company has started mass production of ceiling fans in Greater Noida. LG’s sales channel has started receiving first lot of the smart fans 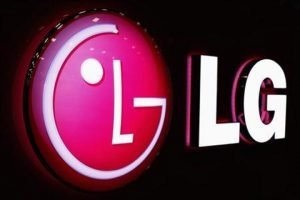 LG is all set to enter the ceiling fans market in India. Electronics For You learned that its first product will be in the smart fan category. Interestingly, this is the first time that LG will retail ceiling fans in the world. We learned that LG might start by focusing on the South India market before launching the product on a full scale in other parts of the country.

An individual, on the condition of anonymity, told Electronics For You that LG’s first product will be launched withing next 15 days. The individual said, “LG’s first fan will be in the premium segment. Apart from an energy saving BLDC motor developed in India, it will also feature smart functions.”

Once launched, LG ceiling fans will head straight into competition with the likes of Ottomate, Atomberg, Orient and Fanzart. All these companies are known for retailing fans in the premium as well as smart segment. LG may price its BLDC motor powered smart fan upwards of Rs 6,000.

The individual claims that LG’s first ceiling fan has been developed completely in India. LG appointed an separate team that worked at its Greater Noida located facility for developing the fan.

“LG’s first ceiling fan has been developed over a period of one and a half years. The team at Greater Noida kept visiting Korea head office for developments and training as well. The biggest USP of this fan is its ingenious design,” the individual said.

Several media houses, last year, had reported that LG would be entering the ceiling fan market in June 2018. However no such thing happened. On being questioned about the same the individual replied, “Yes, LG was supposed to enter the ceiling fan market last year itself, but LG wanted the ceiling fan to be perfect, hence it took time. LG, now has started mass production of the fans and several distributors and retailers have already received first lot of the new product.”

Points in favor and against LG

The biggest advantages LG has in terms of entering the ceiling fan market is its brand image followed by its sales channels. LG is a known brand in India and it has one of the strongest offline sales networks in the country. The company may not find it difficult to start selling the fan in good numbers in a short interval of time.

LG, also has the capability and finances to put up a large-scale marketing campaign for its ceiling fans. However, with innovative strategies followed by companies like Atomberg, LG might have to come up with excellent marketing strategies. It is also to be noted here that players like Fanzart, Atomberg and Orient have already made their mark in the premium as well as smart fan category. LG might find it difficult to initially compete against such companies.

The individual said, “The quality of LG’s first ceiling fans is one of its greatest strengths. Though the fan has been developed completely in India, teams from Korea and India have made sure that their is no compromise on quality. I assure you that the quality is something that has never been seen before in the country.”

LG, making profits in all its business verticals apart smartphones, is entering a new consumer electronics vertical after a long time. It will be very interesting to see what approach it gives to the market and how competitors react to LG’s ceiling fans.

Bottom’s up! The Growing Trend of Bottom-mounted Refrigerators

AIWA Looks To Grow Audio Business To Rs 200 Crore In...

We Want to Explore the Air-purifiers and Refrigerators Market in India...