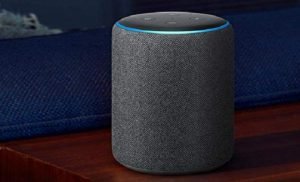 Amazon website claims that its smart voice assistant Alexa is now present in more than 60,000 smart home devices retailed by more than 7,400 brands. The website also mentions that tens of millions of smart home products have been connected to Alexa by customers.

Some of the companies that offer Alexa equipped smart devices include Belkin, Honeywell, iRobot, Philips Hue, Samsung and Netgear. It is to be noted here that Alexa, about an year ago, was compatible with available in only 12,000 devices.

Amazon in over a year’s time has successfully taken the count from 12,000 devices to more than 60,000 devices. The company, in September 2018 had said that Alexa had reached the milestone of being compatible with more than 20,000 devices.

The number now, as per Amazon website stands at 60,000 smart home devices. Calculated quarterly, these figures represent a 199.8 per cent increase in the number of smart home devices that are compatible with Amazon’s smart voice assistant.

Google Assistant and Apple Siri are Amazon Alexa’s rivals. Samsung has also started promoting its smart voice assstant Bixby. Among these three Google is the one that falls closest to Amazon’s numbers. However, it still lacks behind Amazon Alexa by a huge margin.

Google, in October 2018 had said that the company’s Assistant was supporting over 10,000 devices by that time. These devices represented more than 1,000 brands. It is possibility that Google Assistant may now be powering more devices but the company has not issued any official statement yet.

Rohit Prasad, head scientist, team Alexa, on a blog published by Amazon staff had explained the five major categories that fall under Alexa’s research and development. In simpler words he had tried to explain the reasons that make Amazon Alexa one of its kind.

Here are the five R&D stages that make Alexa special