Is 8K the latest technology in TVs where products are launched, even before necessary content is available? 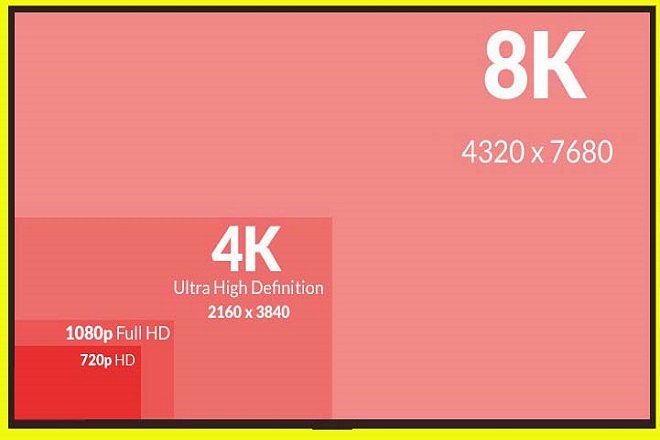 In the consumer electronics space, technologies keep changing rapidly and brands are constantly on their feet to ensure that their products feature the latest technology. It’s a different story that some technologies make the product cost more while other technologies bring down the overall cost of the product, while making them equally or more efficient.

Take ACs for instance. The challenge of power efficient split ACs led to the proliferation of inverter ACs. Once the inverter technology was invented, brands fell over each other to offer this technology in as many new ranges of ACs as possible. Though it did not eliminate the existence of non-inverter ACs, the sheer volume of sales ensured that the differential amount a user paid for an inverter ACs was only marginally higher than the older ones. In terms of total cost of ownership, an inverter AC today works out much more economical, hence becoming the new normal for split ACs.

However, this is not always the case. Often we can observe that brands, especially ones that have a strong R&D muscle, race ahead of technology and launch products that are future ready. The most recent example of this is 8K televisions.

Last week, Samsung became the first consumer brand in the country to launch an entire range of QLED 8K televisions at prices starting from around Rs 10,00,000. The interesting thing to note here is that the world has just about come to terms with 4K content, and we already have 8K TVs on sale!

Samsung might have played a clever game here, powered by its innovation teams worldwide. The new range of 8K TVs essentially upscale 4K content to 8K thereby eliminating the need to procure fresh content in an entirely new format. The company’s proprietary Quantum processor claims to beef up the resolution of content in real-time to offer 8K resolution.

As of today, there are hardly any pieces of commercial 8K content in the world, but a TV brand has already embraced the technology. Let’s understand what this means to the content ecosystem.

Even today, the regular cable feed from most content providers is not 4K. It is unfortunate that 4K TV sets exist begging for 4K quality content to be played on them. With 8K, brands have taken it upon themselves to beef up any existing content to 8K. It is now a matter of time before 8K content gets created, and a rate that will put 4K to shame.

Such a revolution is not possible by just one brand. Alongside Samsung, LG also demonstrated its commitment to 8K at the Consumer Electronics Show this year, and currently if you reside in the US, you can pre-order an 8K LG TV for your home use. Of course, smaller and less established brands will eventually catch on and flood the market with value-for-money 8K TVs.

TV enthusiasts will remember the days when Bluray was launched. Audiences had the option of choosing movie DVDs in Blu-ray at a premium in addition to regular DVDs of the same title. Bluray could never replace its predecessor, but rather provided a more elite offering. Clearly, a strategy that was short lives — until 4K swept everyone off their. Bluray was more of a distribution standard, not a content creation standard. Probably, this explains its short-lived hype.

Towards a better user experience

Brands launching hardware devices with the power to convert — in real-time — inferior quality content to state-of-the-art content, without depending on the source content, is a clear message that brand is the boss. The rate of innovation is faster than the content standard itself. Sounds scary that the strings are held and managed by device brands. But a more optimistic way to look at it is to observe how these brands are encouraging innovation, higher quality and finally, a better user experience.