The company aims to invest around US$ 88.4 million and to double its yearly production capacity to two million units in the fast-growing Indian market 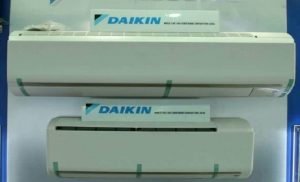 The company aims to invest 10 billion yen (around US$ 88.4 million) and to double its yearly production capacity to two million units in the fast-growing Indian air conditioners market.

The Japanese multinational plans to acquire land for the new facility in southern or western India, probably this month. The air conditioner maker has set a target of 100 billion-yen sales in the country by March 2021, doubling its tally from the fiscal of 2017.

Daikin has formulated a business strategy to lead the Indian market with locally-made products, by segregating the country into five broad regions based on factors such as climate and consistency of power supply. The company has created units geared up to work in regions with temperature surpassing 50ºC and product models with heating functions, specifically designed for areas where there is cold conditions or snowfall.

With the company’s enhanced capacity and a strengthened marketing strategy, it aims to surpass local and international competitors such as South Korean major LG Electronics. The company has been supplying cooling units to all the 29 airports that were opened in the country in the last three years.

According to the data by research firm Euromonitor International, home air-conditioner market in India is estimated to reach 7.47 million units by 2023, increasing by more than 70 per cent from 2017 whereas the global market grows at a rate of 20 per cent.

Daikin, South Korean major LG and Tata Group’s Voltas, each have a share of about 15 per cent to 20 per cent in Indian market, with the Japanese major claiming the top position by sales in 2015. Other players in air conditioner market include American major Carrier and Japanese Panasonic and Hitachi Group.

What Worked For Consumer Electronics’ Offline Channel This Diwali

KaiOS and MediaTek Collaborate to Power 3G and 4G Devices