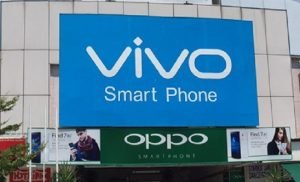 The two smartphone brands had made a Rs 125 crore profit during the first six months of financial year 2017-18. This profit was largely attributed to Vivo, as Oppo had posted loss during the same period.

Vivo and Oppo, unlike many other smart phone brands have not raised prices of their products in India. The move may have helped the duo in driving sales but it seems as if it has costed them in the overall profit figures during the first six months of the ongoing financial year.

OnePlus, a brand famous for value flagship smartphones in India had also hinted towards increasing prices in the long run. OnePlus is the third brand after Vivo and Oppo to operate under the BBK umbrella.

Realme, another smartphone brand in India had also increased the prices of its products post Diwali sales, citing rupee’s depreciating value in the international market.

Madhav Sheth, CEO, Realme mobiles had tweeted, “Such a hard decision to make. We’ve always believed in offering the power & style with a very low margin, due to currency rate factor which is beyond our control, we will have to slightly increase the price of Realme 2 & Realme C1 so that we deliver you the best in the long run.”

High stakes on marketing and advertising

Vivo had won a five year contract for IPL rights at a cost of Rs 2,199 crores. It is to be noted here that this cost is approximately 265 per cent over the base price of Rs 120 crore set by the Board of Control for Cricket in India (BCCI). Calculated in terms of cost per year, Vivo is paying around Rs 440 crores every year to retain IPL rights.

Oppo, on the other hand, has a five year contract for team India’s cricket jersey rights. The contract had cost Oppo a staggering Rs 1,079 crores. This boils down the cost to Rs 215 crores per year, that the smartphone brand is paying to retain jersey rights of the Indian cricket team.

ZinQ Technologies Set To Clock Over Rs 75 Cr In Revenue...

Voltas Held 24.4 Per cent Market Share in AC Business During...