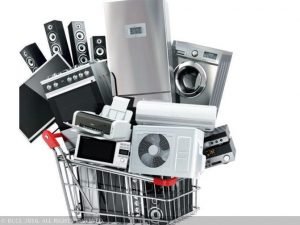 A new report has forecast that the global consumer electronics market, which was valued at around USD 1,172 billion in 2017, is expected to reach approximately USD 1,787 billion in 2024, growing at a CAGR of slightly above 6.0 per cent between 2018 and 2024.

The report by Zion Market Research said, “Global consumer electronics market suffered from a slag period during 2011 to 2013. However, the industry is gaining certain momentum owing to strong performance in countries such as India and China. Recovering economy in certain nations will provide a positive outlook to the consumer electronics market in near future. New products and concepts are the preliminary drivers coupled with recovery of mature economies.”

The report claims that the rising adoption rate of smartphones is fueling the global consumer electronics market. Consumers are spending heavily for specialised appliances including milk coolers to maintain the flavour and quality of specific beverage for longer time period. Rising beverage consumption is contributing significantly to the demand for beverage refrigeration equipment.

Washing appliances such as washing machines have registered substantial growth rate worldwide along with innovations and new development from a technology standpoint, as per the report. Various distributors and manufacturers are developing advanced products in the industry. Multiple types of models such as front load fully automatic, top load semi-automatic, and fully automatic washing machine and dryers are gaining traction in consumer electronics market.

The report stated, “Numerous sales channel of the product such as e-commerce, retail chains, and direct selling will induce potential for product availability. Washing appliances are extensively used in commercial as well as residential applications.”

Television market is projected to register substantial gains during the forecast period owing to the adoption of smart technologies integrated into the product. TVs are now equipped with artificial intelligence for user convenience along with remote sensing and monitoring capabilities.

The report read, “In 2013, 23 per cent sales of worldwide flat-panel LCDs were the replacement of traditional flat panel display. This would, in turn, register a CAGR of 3.8 per cent in TV shipments between 2013 and 2018. There is a major trend of flat panel LCD replacement in developed markets of North America and Western Europe.”

It added, “The global number of TV households is anticipated to reach 1.6 billion by 2018 as compared to 1.49 billion in 2013. Positive outlook in demand for TV sets will contribute substantially in the global consumer electronics market during the forecast period.”