Google’s Artificial Intelligence and Machine Learning abilities have bolstered Assistant and so has integration with Google Search and its Knowledge Graph, said Loup Ventures’ study. 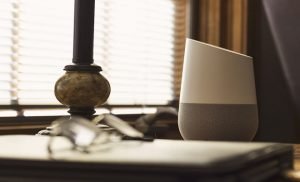 For the second year in a row, Google Assistant has outperformed her rivals, including Amazon Alexa and Apple Siri, in a test meant to understand the effectiveness of smart speaker voice assistants.

In the 2018 edition of “Smart Speaker IQ Test” conducted by research firm Loup Ventures, Google Assistant (tested on Home smart speaker) managed to answer 87.9 per cent of the questions correctly — up from 81.1 per cent in 2017, as reported by The Street.com.

For the study, the firm asked smart speakers powered by Google Assistant, Siri, Amazon Alexa and Microsoft Cortana a common set of 800 questions.

Siri (tested on HomePod speaker) got 74.6% of the questions right, up from about 52% in February, when the HomePod first became available.

According to the research firm, Google Assistant was the only assistant to properly understand all 800 of the questions. The others were able to understand 99 per cent or more.

This time, the questions were split into five categories – Local information, commerce, navigation, information in general and commands (for example, alarms or reminders).

Google Assistant topped in four categories, with Siri beating it in commands category.

Interestingly, Google was well ahead of all rivals in the commerce category, where it had an 86% accuracy rate to Siri’s 56%, Alexa’s 52% and Cortana’s 31%.

Google’s Artificial Intelligence (AI) and Machine Learning (ML) abilities have bolstered Assistant and so has integration with Google Search and its Knowledge Graph, Loup’s study noted.

Home Appliances Get Cheaper as Govt Announces 10 Per Cent GST...