The duo will be working towards developing affordable 3G and 4G smart feature phones. India is one of the biggest markets for feature phones 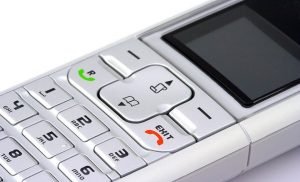 MediaTek, a semiconductor company, and KaiOS Technologies, maker of KaiOS operating system, have announced their collaboration to integrate KaiOS with a series of MediaTek chipsets. The first KaiOS-powered MT6572 and MT6731 3G/4G smart feature phones are expected to be launched in Q2 2019.

A recent report by Counterpoint Reserach had said that the revenue opportunity from increasing sales of smart feature phones is expected to be in the region of US$28 billion over the next three years.

KaiOS Technologies CEO Sebastien Codeville said, “Because of our work with MediaTek, we’ll be able to connect more people in important markets where MediaTek has a strong presence, such as India, Southeastern Asia, and Africa. Through collaborative efforts like this, we can finally offer a broad range of affordable devices capable of supporting advanced applications and functionality in these markets.”

KaiOS claims to have shipped more than 80 million devices in over 100 countries. India and Africa are among its biggest markets.

pTron Launches Gaming Earbuds And 3 New TWS Earbuds Ahead Of...