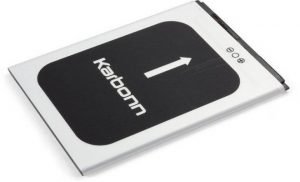 Capable of producing one million cell phones, Karbonn’s new mobile manufacturing factory, is the fourth in India. The new factory, as per the brand, has been developed with an investment of Rs 2 billion.

Pradeep Jain, MD, Karbonn Mobiles, at the time of setting of a manufacturing unit in Haryana had said, “Karbonn is also setting up a new facility in Tirupati, which will have surface-mount technology (SMT) production and assembly lines, along with charger and battery units for the supplies. Along with mobile handsets, Karbonn will be venturing in accessories and battery manufacturing in September 2016.”

The new Karbonn cell phone manufacturing facility has been set with an investment of Rs 200 crores. It is estimated that the new facility will be able to manufacture one million handsets per month using its SMT lines.

It is set up at Sri Venkateshwara Mobile and Electronics Manufacturing Hub under the aegis of Andhra Pradesh government. Andhra Pradesh IT, and Panchayati Raj minister Nara Lokesh, will inaugurate the assembly plant.