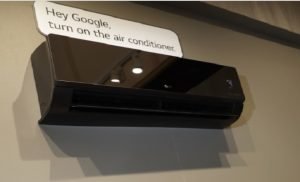 “Our aggressive strategy and drive for excellence will bring voice-enabled AI to more homes this year than any other manufacturer and this is something we are immensely proud of,” said Song Dae-hyun, president of LG Electronics Home Appliance and Air Solution Company.

The curious case of smart speakers

It is worth mentioning here that more and more brands are introducing IoT or smart features in their range of consumer electronics. A recent survey by IHS Market had claimed smart speaker penetration to be more than 20 per cent in India. The survey had also highlighted the fact that more than 13 percent of internet users had access to a smart speaker in their households in November 2018. Smart speaker penetration ranged from six percent in Japan to 21 percent in the United States.

The role of Google and Amazon

LG said that it will continue working with valued AI partners Google and Amazon. Working with the duo, as per the brand, will help deliver more integration to LG customers.

An official statement by the company read, “Through Google Home and Amazon Alexa, LG will expand voice recognition support of its home appliance products to 21 countries by April, beyond the current six markets.”

Song Dae-hyun added, “We look forward to giving our valued customers around the world the chance to experience next-level ease and convenience when using their LG appliances.”

Close to 40 OEMs Competing in the Premium Smartphone Segment: Counterpoint