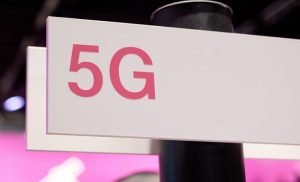 The race for launching the first commercial 5G based smartphones seems to be intensifying with the fast approaching Mobile World Congress (MWC) event. A leading Korea daily, The Korea Herald, has reported that LG, like Samsung, will be showcasing its first 5G smartphone at the MWC event scheduled to be held in Barcelona, Spain next month.

An industry official told the Korean daily that thanks to LG’s change in mobile leadership, the brand will now showcase its first 5G smartphone as early as possible. LG earlier, was planning to unveil the same during May 2019 in its home country.

Korea based consumer electronics giants in the 5G smartphone race

Samsung and LG are both Korea based smartphone manufacturers competing in the race to launch first commercial 5G smartphones in the world. While Samsung has already announced about the unveiling of S10 series in a separate event, it is also believed that the tech giant will also unveil its 5G based smartphone during the same.

LG has not launched its flaghship G8 ThinQ till now. The brand may launch the same at an event, that it is going to host in Barcelona, on the eve of MWC 2019. We had earlier reported that the brand has already started rolling out media invitations for the same.

It is to be noted here that LG’s mobile division has been posting loss figures since the second quarter of 2017. The brand has also been trying to revive its business in the smartphone vertical since the same time. The presence of players including Samsung, Apple and Huawei in the premium smartphone market is giving tough competition to LG.

Similarly, the presence of several China-based smartphone brands in the affordable smartphone segment is making the competition tough in the budget smartphones segment