The brand has started sending video invitations to media already. The 10 second video reveals a message “Good-bye touch” signalling an interface that can control smartphones without physical contact 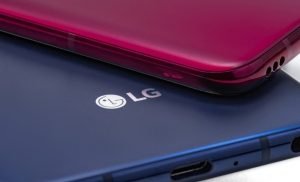 Despite struggling to capture a market share in the smartphone segment, LG is all set to unveil its latest offering in the smartphone vertical at the Mobile World Congress 2019. A report published by the Yonhap news agency reported that the Korea-based smartphones maker is gearing up to host a media event in Barcelona on February 24.

It is to be noted here that the latest edition of the Mobile World Congress will take place in Barcelona, Spain from February 25 to 28. It is highly likely that the brand is trying to highlight the smartphone launch before the event kicks in. LG’s last flagship smartphone launch was G7 ThinQ.

The brand has already started sending video invitations to media already. The 10 second video reveals a message “Good-bye touch” signalling an interface that can control smartphones without physical contact.

LG’s mobile division has been posting loss figures since the second quarter of 2017. The brand has also been trying to revive its business in the smartphone vertical since the same time. The presence of players including Samsung, Apple and Huawei in the premium smartphone market is giving tough competition to LG.

Similarly, the presence of several China-based smartphone brands in the affordable smartphone segment is making the competition tough in the budget smartphones segment. LG may also be launching 5G smartphones during local events in international markets after the MWC 2019.

However, LG is not the only brand to schedule an event just before the commencement of the MWC 2019. Samsung, another Korea-based smartphone maker has also announced a press event on February 20 in San Francisco to unveil its next flagship smartphone Galaxy S10.

$7.18 Billion For AIot in Next Five Years: Xiaomi Founder Lei...