ACE
Home Headlines Microsoft Foldable Smartphone Can Debut in 2019: ‘Beneath a Surface’
Advertisement

Big players including the likes of Samsung, LG and Huawei are said to be working day and night in order to launch the first foldable smartphone in the world 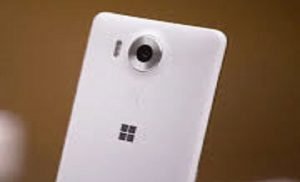 Microsoft may launch its foldable smartphone ‘Andromeda’ in 2019, a book titled “Beneath a Surface” has claimed. Written by Brad Same, a journalist, the book focuses on how Microsoft was able to create $1 billion-a-year business through is surface line-up.

However, the authenticity of the news could not be confirmed as Microsoft has not made any official statement yet.

It is to be noted here that Surface Phone enthusiasts had run a petition to persuade the technology giant to reverse its decision of reportedly cancelling the dual-screen device. The petition was run using the Charge.org platform.

The book also hints towards the possibility that the Microsoft’s foldable smartphone could be bigger than the “pocket-able” design seen in the patents.

A website that goes by the name of WindowsCentral had earlier said,”Microsoft’s own Andromeda device is an ARM-based foldable tablet that features two displays joined together by a hinge mechanism in the center of the device. Its primary input method is touch but will feature pen support for note-taking and inking experiences. I’m told the device will resemble that of a pocket journal, with its foldable form-factor allowing it to be opened and closed like a real notebook and fit in a pocket.”

In fact, the race of launching the first foldable smartphone is so tense that Samsung had claimed that parts of its foldable smartphone technology were sold illegally to China-based brands by one of its Korea based suppliers. The company has also estimated losses to be amounting in million of dollars as a result of the technology leak.