The same report claims that increase in purchasing power of consumers, coupled with growing construction market in Tier II and Tier III cities, would spur the demand for ACs in India 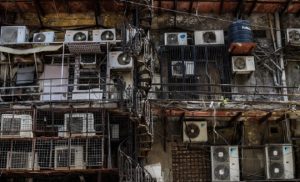 The air conditioner (AC) market revenues are forecast to to grow at a CAGR of 12.2 per cent till 2024. A forecast report published by 6Wreserach claims that expansion of SME sector, business parks, smart cities projects and commercial hubs will lead to expansion in revenues in the Indian AC market as well.

An official statement released by the research company read, “These factors (mentioned above) are anticipated to drive the demand for both room and commercial air conditioners in India over the next six years.”

Priya Sharma, research analyst, 6Wresearch, said, “The residential sector occupied the majority of the revenue share in the overall air conditioner market in 2017 and the segment would continue to dominate the market owing to increase in middle class population.”

The report also highlights that ACs are no longer considered as luxury items. Interestingly, the result of this new notion will increase demand for ACs in Tier II and Tier III cities.

Reasons that may fuel the growth

The 6Wreserach highlights that the increasing number of households in the middle-class category will accelerate demand for split ACs in India. It also said that rise in buying power of Indians will also be a major driver in increasing AC sales.

Company’s official statement read, “Increasing office and retail spaces in the country along with booming tourism and hospitality sectors are also contributing in the healthy growth of the Indian air conditioner market.”

“Northern India accounts for the highest market revenue share for air conditioners owing to the climatic conditions in the region and the growing industrial sector in several Northern states. Expanding retail and hospitality sectors, construction of metro lines and other public and private infrastructure projects in the Northern region of India are expected to further boost the demand for air conditioners in the region, “Priya added.