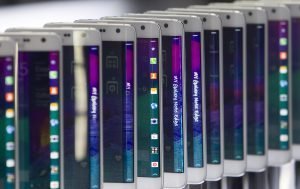 The offline sales channel encompassing mobile device sales had a muted year with a modest 6.7 per cent annual growth in 2018 and growing 5.0 per cent sequentially in 2018 Q4. It is to be noted here that many cell phone markets in the world are going through a slowdown in terms of sales.

As per IDC’s Asia/Pacific Quarterly Mobile Phone Tracker report, India smartphone market shipped 142.3 million units in 2018, registering a healthy 14.5 per cent year-on-year (YoY) growth as compared to 2017. The feature phone market, which makes up 56 per cent of the total mobile phone market clocked 181.3 million-unit shipments in 2018, with 10.6 per cent YoY growth.

The report read, “After a strong quarter of 2018 Q3, the smartphone market saw a sequential decline of 15.1 per cent in 2018 Q4 owing to high channel inventory, but saw a healthy annual growth of 19.5 per cent, driven primarily by multiple rounds of sales by e-tailers beyond the festive Diwali period lasting into December.”

Upasana Joshi, associate research manager, client devices, IDC India, said, “Amongst the big highlights of 2018 were the online-focused brands that drove the share of the online channel to an all-time high of 38.4% in 2018 and a whopping 42.2 per cent in 2018 Q4. This was primarily driven by several rounds of discounts by e-tailers driving affordability through various financing options, cashback offers and buyback schemes. Shipments of the online-exclusive portfolios of Xiaomi, Honor, Realme, Asus, OnePlus etc., further fueled this growth, resulting in a year-on-year growth of 47.3 per cent in 4Q 2018 for the online channel.”

Xiaomi grew YoY by 28.6 per cent in 2018 Q4 on back of its affordable Redmi series devices aided by high decibel marketing campaigns and offline expansion with its Mi preferred partner program and opening of rural stores. Samsung remained in the second position, however with a YoY decline of 7.9 per cent in 2018 Q4. The newly-launched Galaxy A7 (2018) with triple cameras picked up demand in 2018 Q4 followed by its Android Go model, the Galaxy J2 Core. The brand is expected to make a comeback with its new online exclusive “M series” to be made available in February’19 via flash sales.

Vivo continued at third position with high YoY growth of 79.6 per cent in 2018 Q4. The brand continued to invest heavily in marketing and promotional activities and offering lucrative channel margins. Realme entered the top five vendors list at fourth position on the back of its affordable and aggressively priced Realme 2 and Realme 2 Pro series. The brand also moved from the fourth position in 2018Q3 to the second position in the online space with a share of 17.3 per cent in 4Q 2018.

Oppo continued at fifth position, with high YoY growth of 71.7 per cent in 2018 Q4. The brand’s “A series” with models like the A3s and A83 generated middling demand. However, it continues to face stiff competition from Vivo in the offline channel owing to lower channel incentives and consumer schemes.

Navkendar Singh, associate research director, client devices and IPDS, IDC India said, “Almost all the brands which were able to find traction in 2018 via e-tailers partnerships have already started their offline foray to establish themselves for the long-term. This has become more crucial as the new e-commerce guidelines come into force from 1st February 2019.”

He added, “In 2019, we will see improvements in design like thinner bezels, eliminated notches, hole-punch screens, and increased promotions around three or four rear cameras, of which the utilitarian factor remains for – bokeh, wide angle, portraits, etc. We might also see innovations like on-device AI for superior video and photography experiences enabled going forward.”